Fentanyl and the New Opioids:  Analysis, Clandestine Synthesis, and Use as a Heroin Replacement 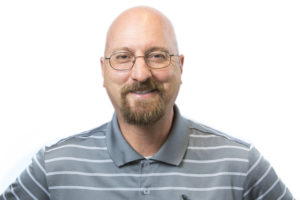 Abstract
Throughout the years, heroin users have turned to alternative opioids like fentanyl to maintain their addiction or achieve even greater highs, resulting in significantly elevated mortality rates. The switch to these new drugs is often the result of changes or disruptions in the supply of heroin. The ease of replacement has allowed suppliers to sell a product that mimics the depressant effects of even the purist heroin. Since fentanyl and its analogs can be up to 100 times more potent than heroin, the safety of officers handling buys and seizures and chemists handling submitted evidence is a significant concern to the law enforcement community. At this seminar, I will discuss the challenge in analyzing these increasingly complex drug exhibits.

Biography
James V. DeFrancesco is a Senior Lecturer at Loyola University Chicago in the Department of Chemistry/Biochemistry and the Forensic Science Program. Since the beginning of his dual appointment beginning in 2015, he has taught courses in Drug Chemistry, Forensic Toxicology, Quantitative Chemical Analysis, and Environmental Science. He earned a BS in Chemistry/Business Management from Elmhurst College in 1983 and Ph.D. in Physical Organic Chemistry in 1992 from Michigan State University. He spent the early portion of his career in the private sector as a product development chemist for Mobil Oil (now Exxon Mobil) and a drug chemist at Fujisawa Pharmaceuticals, in addition to teaching courses at Northwestern, DePaul, and National Lewis Universities.

He is also a retired Senior Forensic Chemist from the U.S. Drug Enforcement Administration’s North Central Laboratory in Chicago. In his 18 years with the DEA, he analyzed over 4500 drug exhibits, participated in over 15 clandestine drug lab raids, trained chemists, special agents, and attorneys and is recognized as a national expert in the chemical analysis of GHB, GBL, and BD (gamma-hydroxybutyrate, gamma-butyrolactone, and 1,4-butanediol, respectively). He has testified as an expert witness in 51 federal and state drug prosecutions, many involving conspiracy trials resulting in the establishment of legal precedence in the emerging area of drug analogues. He has been awarded for his work by Mobil Oil, DEA, US Attorney’s Office, and the Chicago Police Department.

CCDG LC SCHOOL
Postponed until we can meet in person