Optimizing SPME for a Variety of Applications 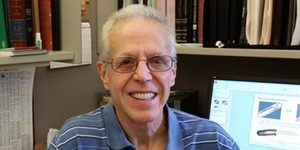 Solid phase microextraction (SPME) is a solvent free extraction technique developed in 1993 that can be utilized in a variety of applications. This versatile extraction technique is used to extract volatile, semi-volatile and non-volatile analytes from gas, liquid or solid matrices. A portion of this presentation will focus on how to select the appropriate fiber for your application and provide techniques for improving the extraction efficiency of target analytes. Guidelines will be given on how to quantify analytes using SPME.

In addition to coverage of traditional SPME applications, this presentation will highlight new developments in SPME. The use of over-coated SPME fibers for extraction of analytes out of more complex matrices will be shown. Also, a new SPME platform for biological applications has been developed. Biocompatible SPME fibers can be used for extraction of small molecules such as drugs out of biological matrices. For these applications, the extracted nonvolatile analytes are either solvent desorbed followed by LC-MS, or the fibers can be directly coupled with a mass spec source using DESI or DART interface devices.

Bio:
Bob Shirey is a Principal Research Scientist at Supelco. He received his BS degree in Chemistry from Shippensburg University and his MS degree in Biochemistry from West Virginia University. Bob started working at Supelco in 1984 focusing on GC and GC/MS applications. Eventually, Bob started to specialize in sample preparation and played a key role in the development of the VOCARB purge trap line. Since 1993 Bob’s primary responsibilities have been on the development of SPME fiber coatings for GC and LC use along with appropriate hardware and applicaitons. Bob has written multiple SPME journal articles and contributed chapters for several SPME books.